This feature enables the ping pong strategy, in which Hummingbot alternates buy and sell orders.

Whether to alternate between buys and sells. 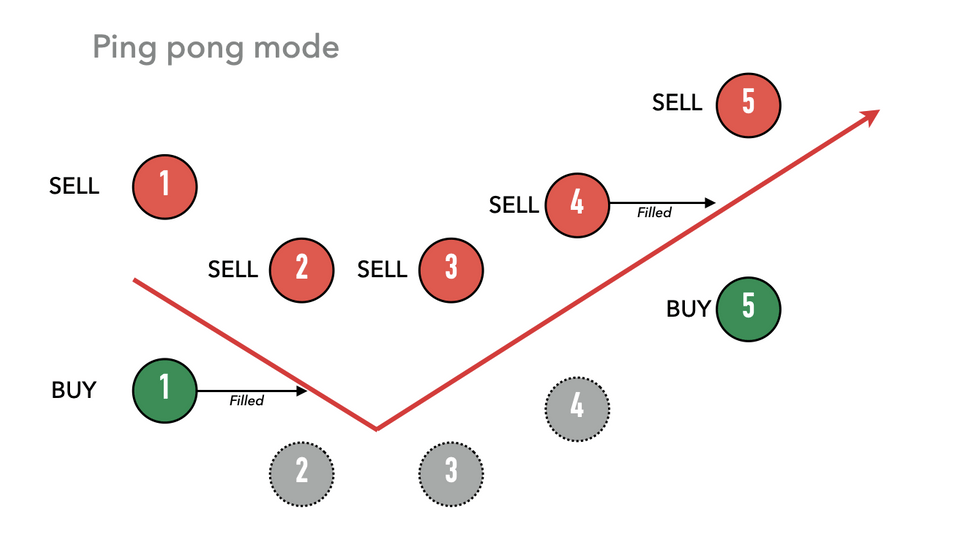 By default, this parameter is set to False. When enabled, after a filled order event on either side (buy/sell) it will only create orders on the opposite side on the next refresh.

For example, if your buy order is filled and the sell order was canceled the bot will keep creating sell orders only until it gets filled.

Stopping the strategy using the stop command breaks the current ping pong logic. Upon restarting, the bot will initially create both buy and sell orders, assuming you have enough balance to place orders on each side.

The scenario below shows how ping pong balances trades when one side is filled.

Notice that the buy order b2 was not created in an attempt to offset the previous trade.