🚀Welcome to hummingbot version 0.8.0! Please see below for what's new in this release.

🏃 Telegram bot allows you to control Hummingbot on the go¶ 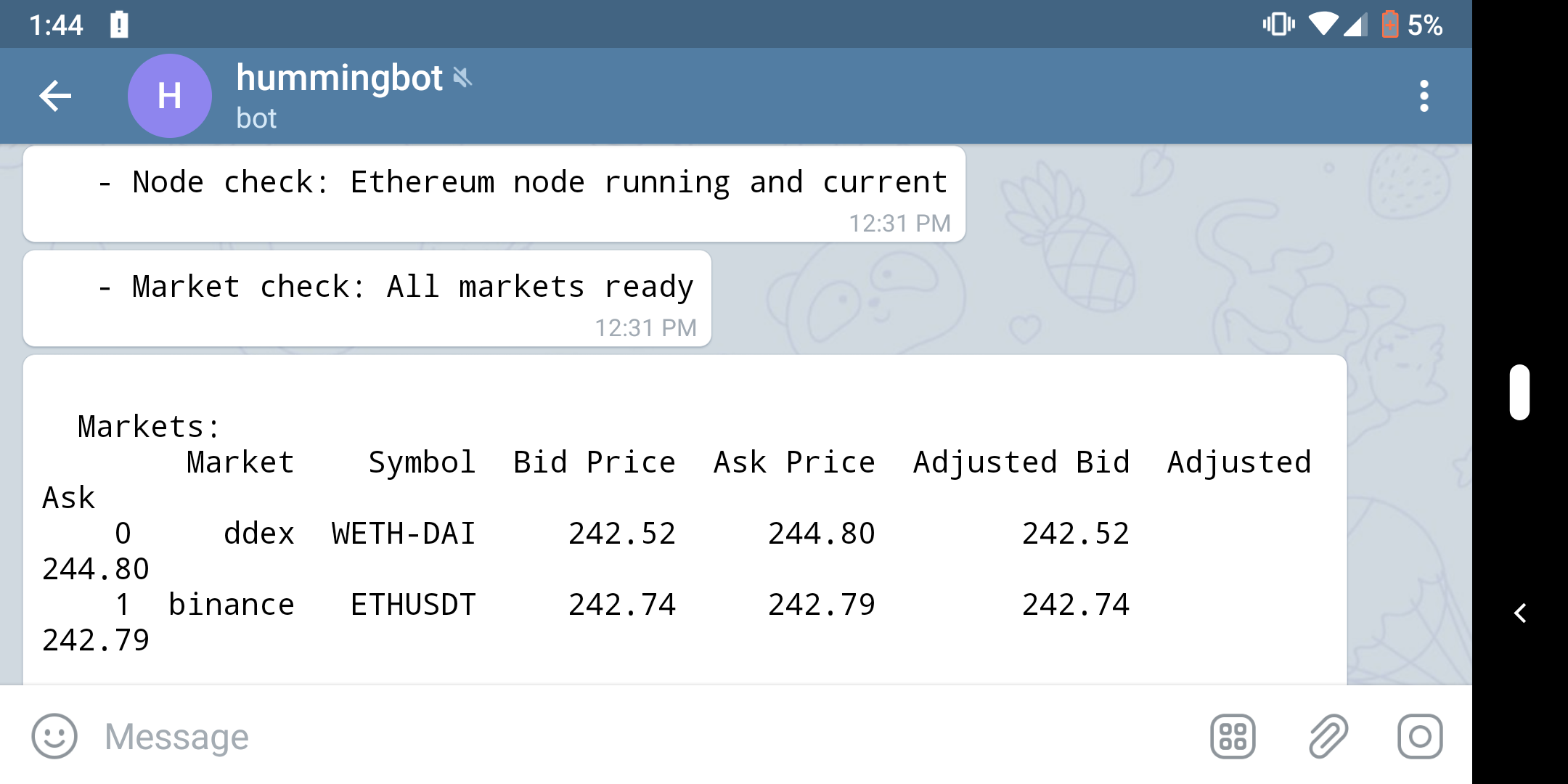 Now, you can create a Telegram bot that is linked to a running instance of Hummingbot. This allows you to start and stop the bot, as well monitor activity with history and status commands. The integration works across all operating systems and environments, both locally and in the cloud.

Check out the new Telegram documentation page to learn how to set this up.

We modified the architecture of the pure market making strategy to allow for extensibility and customization. The strategy can now use external plugins that enhance the sophistication of the basic strategy. For instance, advanced users can add a plugin that incorporates a signal for the direction in which the market is trending. We will publish more documentation that describes how this works.

In addition, the strategy now halts making orders on one side of the order book if the user's inventory is insufficient.

Based on user feedback, we've added a couple of features to make users' lives easier:

Over the past few weeks, we have been working closely with the IDEX team to integrate with their decentralized exchange. While the bulk of the work is complete, there are some some edge cases and bugs on which we are working out.

We anticipate that the IDEX connector will be incorporated into the master branch in the next release, and users should be able to test it on the development branch in a few days.

Below are the main ones that we fixed in this release: