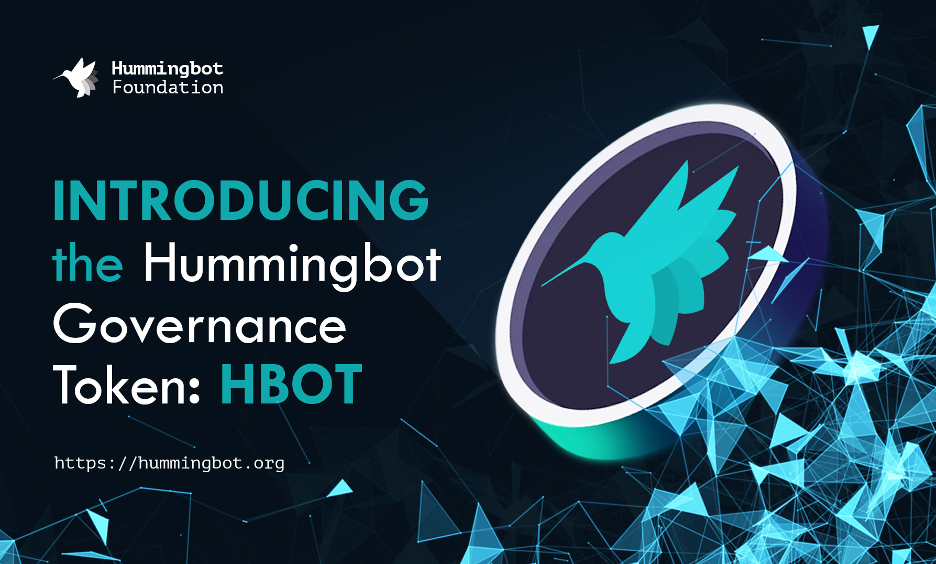 As announced in this October post, CoinAlpha has established the Hummingbot Foundation (the "Foundation"), a new, independent open source foundation that will enable a decentralized, community-led software development model for Hummingbot, an open source toolbox for building crypto trading bots.

Like our spiritual predecessor the Linux Foundation, we believe that community maintenance is key to scaling Hummingbot to every exchange and blockchain and enabling traders to build any type of bot.

An initial interim Board of Directors has been appointed, comprised of five directors:

To retain independence, Foundation bylaws stipulate that no more than two officers or directors of an outside entity can be members of the Board of Directors. The Board oversees staff who handle the day-to-day operations of the Foundation. Initially, the Foundation will employ 8 staff members who handle: a COO, a CFO, an engineering lead, 1 product manager, 1 project manager, 2 community managers, and 1 quality assurance analyst.

The official Foundation website, which also includes the Hummingbot documentation, is deployed at https://hummingbot.org. It is also a community-maintained open source repository: https://github.com/hummingbot/hummingbot-site.

Hummingbot’s past 61 releases containing 12,625 commits from 112 unique code contributors have been an extended beta period that have shown that a decentralized, community maintenance model is both sustainable and scalable.

Thousands of users around the world build and run trading bots with Hummingbot every day, many of them on CoinAlpha’s Hummingbot Miner decentralized market making platform, where 3,700 individual market makers have filled $2.8 billion of trade volume for more than 80 token issuers.

This activity also benefits exchanges connected to Hummingbot. Based on income from existing connector maintenance agreements that rebate a portion of fees incurred by Hummingbot users, the Foundation is projected to be self-sustainable at inception, not even including projected future income from administering bounties.

As community maintainers enable the Hummingbot ecosystem to scale, we expect maintenance costs to grow linearly with the number of connectors and strategies. However, we expect volume and fees accruing to the Foundation to rise exponentially as more individuals and professionals use Hummingbot, further enhancing the Foundation’s projected sustainability.

This sustainability allows CoinAlpha to hand over control over the Hummingbot codebase to its community. We are proud to announce that the next release will be the official Hummingbot 1.0.0 release in January.

The Hummingbot Governance Token (HBOT) has been deployed to the Ethereum blockchain with the following details:

The HBOT token is a standard ERC-20 token. It has a fixed total supply so there will never be any additional HBOT tokens created.

The HBOT Token has no monetary or economic value. The sole use case for HBOT Tokens will be to empower holders to decide how the Hummingbot codebase changes over time through voting on three types of proposals:

All pull requests, or proposed code changes to the Github code repository, will need to be submitted as a Pull Request Proposal and be approved by HBOT holders in order to be merged into the codebase and included in an official release.

HBOT token holders do not have any financial rights or any claims to the assets or resources of the Hummingbot Foundation.

We believe that this distribution plan ensures that existing stakeholders, who have been involved in the Hummingbot development process, have experience with the software and codebase, and have expertise in related fields to market-making bots (in trading, markets, and software development) will have a say in the future governance of Hummingbot. Meanwhile, future code contributors will also be engaged and have the opportunity to participate in Hummingbot governance.

The Hummingbot Foundation is allocating 4% of the total HBOT token supply (or 10% of the community pool) to be distributed to historical Github code contributors and to users and traders who have participated in Hummingbot Miner.

Also included are 3 Github users who have made significant code contributions to the Hummingbot community:

This distribution will give developers who have contributed to the Hummingbot code base in the past a voice in the future governance of the Hummingbot source code.

A total pool of 35,350,000 HBOT tokens will be allocated to users of Hummingbot Miner (“miners”). To minimize concentration of tokens, each registered miner is subject to a token allocation cap of 800,000 HBOT tokens (or 2% of the total retroactive distribution pool). Meanwhile, the minimum amount of tokens that each eligible miner will be able to claim is 1,000 HBOT tokens. Subject to these constraints, the tokens will be distributed to miners based on their pro-rata share of the total USD value of rewards they have earned on the Hummingbot Miner platform as compared to the total USD value of rewards paid out in total through the platform. We anticipate that the limited distribution to pre-existing Hummingbot Miner participants to look like this:

The Hummingbot Foundation’s initial plan is to release an equal amount of the community tokens over the course of four years (i.e., 9% of total HBOT token supply per year). No more than 9% of these tokens will be released in any given year. However, any previously undistributed tokens (e.g. any unclaimed retroactive distribution tokens or unawarded development grant tokens) will be rolled over and may be distributed and re-allocated at any time as directed by token holders.

CoinAlpha’s equity holders represents a diverse group of angel investors, crypto funds, and traditional venture capital firms. As such, the Foundation values their guidance, input, and continued involvement with the Hummingbot open source project going forward, and the Foundation expects to continue to benefit from the active participation of this constituency.

Consequently, the Foundation has allocated 37.9% of total HBOT token supply to CoinAlpha equity holders. Investor tokens are subject to a 1-year lock-up from grant, and will release linearly over the subsequent year (year 2).

Any such tokens granted to Hummingbot Foundation team members will also be subject to a 1-year lockup with a 3-year linear unlock schedule.

To ensure that Retroactive Distribution recipients securely receive their HBOT tokens, the Foundation will transfer HBOT tokens directly to the Ethereum wallet of each recipient, incurring all gas fees in the process. We believe that this will enable thousands of community members to participate in governance when the first proposals are available after the Hummingbot 1.0 release in January.

The historical HBOT token distribution process will run for approximately two and a half months:

Afterwards, any unclaimed tokens will revert to the Hummingbot Foundation and will be added to the Year 1 Reserve.

The Hummingbot Foundation plans to use Snapshot as the primary governance system for all proposals. Voting is expected to commence in mid-to-late January 2022 with the Hummingbot 1.0 release. All proposals and voting can be found on the official Hummingbot Snapshot hosted at https://snapshot.org/#/hbot.eth.

HBOT token holders may delegate their votes to other members of the Hummingbot community by enabling delegation at Snapshot Delegate. In order to limit delegation to the HBOT tokens and Hummingbot Foundation matters (and exclude delegation for other tokens you may own that also vote on Snapshot), make sure to enter hbot.eth in the Space field.

Users who have delegated their tokens can still override any delegation by directly voting their tokens. Voting outright always overrides any delegation. As the Hummingbot Foundation becomes firmly established and community participation increases, HBOT token holders in the future may choose to propose to disable voting by delegation, thereby allocating greater voting power toward community members who vote outright only.

HBOT tokens allocated to CoinAlpha investors and team members are locked up in TokenVesting smart contracts that enforce a 1-year token lockup period followed by a straight-line release schedule. For investors, tokens have a 1-year linear release schedule in year 2, whereas for team members and service providers, the tokens have a 3-year linear release schedule between years 2 to 4. In order to allow for investors and team members to participate in governance voting, these TokenVesting contracts are enabled for delegation, permitting locked tokens to be voted by a delegate during the applicable lockup period.

In the future, however, HBOT token holders may choose to propose to disable or limit voting delegation, as community members may see fit.